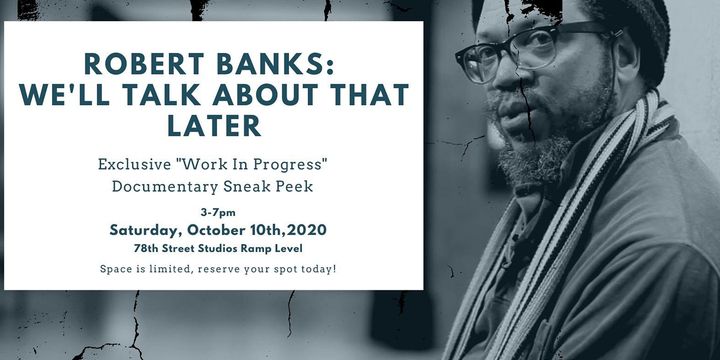 An exclusive sneak peek of the upcoming documentary “Robert Banks: Well Talk About That Later”

Robert Banks: Well Talk About That Later is an upcoming documentary that looks at Cleveland filmmaker Robert Banks. He has made short films that have played all over the world and for the last nearly 10 years he has been hard at work at his first feature length film PAPER SHADOWS. This film takes us inside the creative process that an artist must take to see through their vision! This event will showcase Roberts groundbreaking short film X: The Baby Cinema and will showcase nearly 25 min of the upcoming documentary, followed by a Q&A with Robert Banks and Director Mike Wendt. Attendees will also get to fill out a form that will help make suggestions for the final film! Robert Banks: Well Talk About That Later was a recipient of a Satellite Fund Grant through SPACES and The Andy Warhol Foundation.
While this event is free we are encouraging donations to Robert so he can complete his film on film! https://www.gofundme.com/f/help-robert-banks-finish-paper-shadows?utm_source=customer&utm_medium=copy_link&utm_campaign=p_cf+share-flow-1