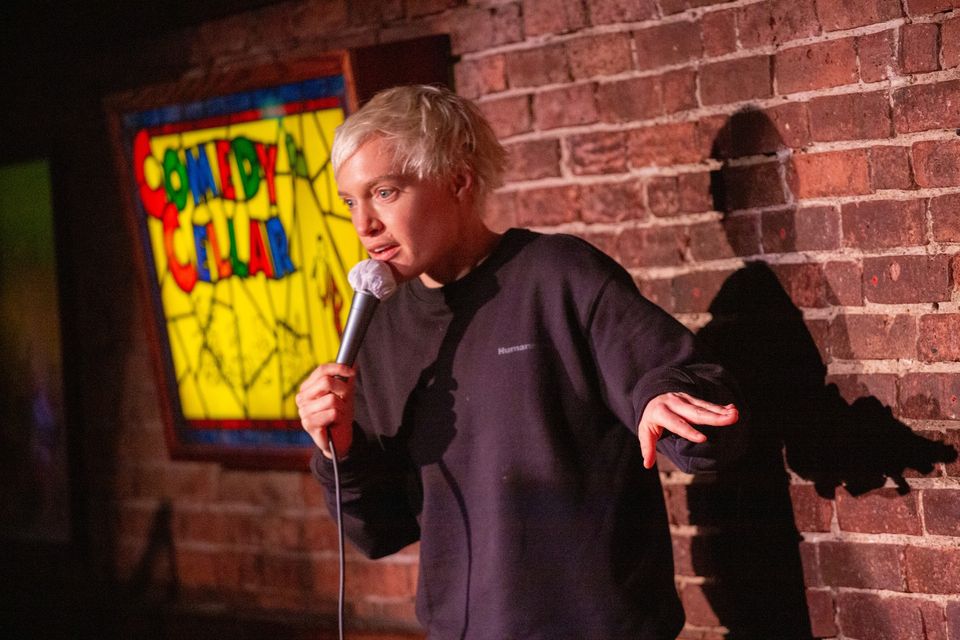 Emma Willmann headlines Hilarities in CLEVELAND, OHIO!
One of New York City’s top new comedians, and perhaps one of the only dyslexic-lesbian-comics-with-ADHD from Blue Hill, Maine. Emma Willmann is a HILARIOUS, OVER THE TOP, FORCE, YOU DO NOT WANT TO MISS!
In third grade, Mrs. WILLMANN would bribe Emma with the chance to tell a story at the end of every class if Emma promised to stop talking to the other classmates. Now, Emma gets to tell stories nightly at The Comedy Cellar, on Netflix’s: The Comedy Line Up, Comedy Central, and is one of the few comics ever to have multiple appearances on The Late Show with Stephan Colbert.
Emma tells stories everyday on Instagram and TikTok, several of which have gone viral and earned a total of 800,000 followers (although we’re pretty sure Mrs. Willmann isn’t one of them). Emma loves talking about everything and is known for the unique ability to authentically connect with all types of audiences, even the occasional heckler.
18 and over
2 drink minimum