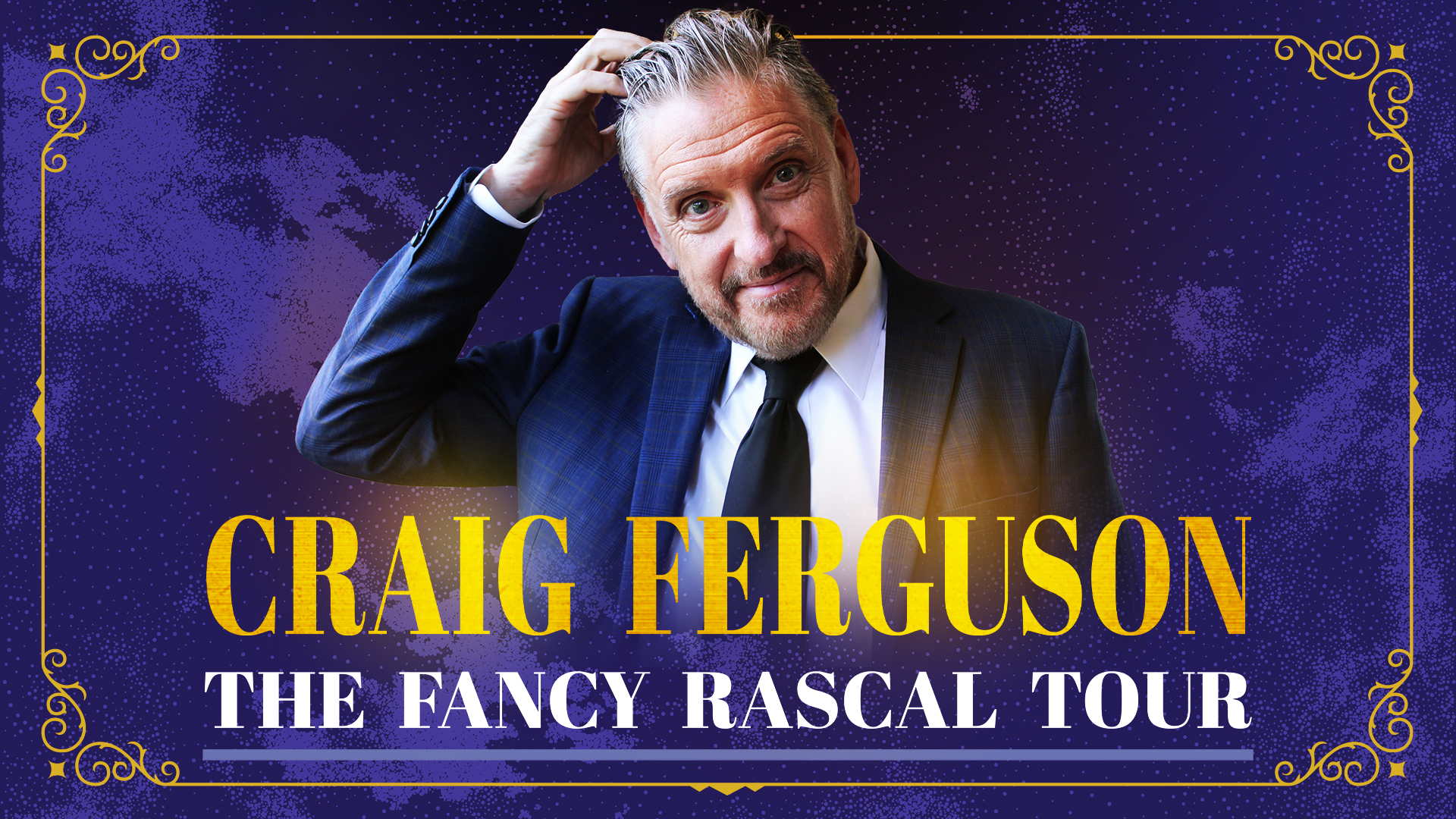 Craig Ferguson is a multiple Grammy nominated, Peabody and Emmy Award-winning actor, writer, producer,
director and comedian with a diverse career that encompasses film, television and the stage. He is a New York Times bestselling author and has recorded numerous standup specials for Netflix, Epix, Comedy Central and Amazon. The wildly popular Late Late Show with Craig Ferguson ran on CBS for ten years and remains a cult favorite on YouTube racking up millions of views every year on fan posted bootleg clips. Ferguson has achieved notable success on the North American comedy circuit and has performed to sold-out theaters all across the country, including Carnegie Hall and Radio City Music Hall. His most recent book Riding the Elephant- a series of linked biographical stories- is available from Penguin books.