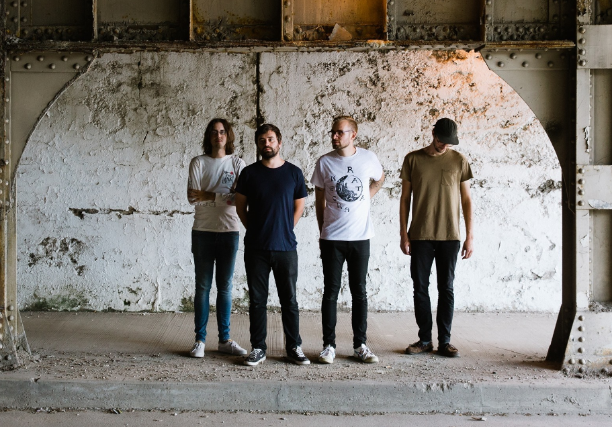 GROG SHOP 30TH ANNIVERSARY WEEK FEATURING: Cloud Nothings
Friday, September 23rd
Doors 7:30pm / Show 8:30pm
All Ages
$16 ADV / $20 DOS
+$2 at the door if under 21
GROG SHOP 30TH ANNIVERSARY WEEK FEATURING:
Cloud Nothings
When singer-songwriter Dylan Baldi began recording hyper-catchy and often deliriously distorted guitar-pop songs on a computer in his parents Cleveland basement, he was doing it alonejuggling every instrument and singing undefinable lyrics that used obtuse abstractions as much as they did teenage diary. The young, once-tuxedoed concert saxophonist started releasing a flurry of lo-fi earworms across 7 singles, cassette splits, benefit compilations, and one album, Turning On. Released by Carpark in 2010, the album will be reissued on vinyl in 2020 for its 10-year anniversary.
With the 2000s coming to a close, blog circuit hype was enough to book the then-18-year-old as the opener at a Brooklyn show with members of the next class of Internet-acclaimed indie rock bands. Baldi quickly formed a group with friends from the Cleveland music scene and drove to New York. Amidst a year of touring, Baldi recorded a self-titled album alone, this time in a studio, with a producer, and the backing of Carpark Records.
But forming that initial live band proved to be the key component to the projects success. Together, as a unit, they shattered blog expectations with the 2012 release of Attack on Memory: an angry, often-in-the-red album composed of vocal-shredding jams about malaise, as well as tightly-wound pop songs about violence and confusion. What followed were brutal albums of hook-filled harshness (2014s Here and Nowhere Else and 2018s Last Building Burning) and stunning melodic clarity (2017s Life Without Sound and 2020s The Black Hole Understands), each distinctly different.
Cloud Nothings has brought their cathartic live show to stages around the globe, including festivals like Coachella, Primavera Sound, Bonnaroo, and Pitchfork. Home audiences have seen them on Late Night with Jimmy Fallon, Last Call with Carson Daly, A.V. Clubs Undercover series (notoriously reimagining Coldplays Clocks), multiple KEXP sessions, and much more.
Before recording new album The Shadow I Remember, Baldi began writing one song a day, much like he did when he first started the project. Only a few months into 2020, Baldi had amassed a significant new library of songs. Ten of those songs became the surprise album The Black Hole Understands, which Baldi and drummer Jayson Gerycz collaborated on via e-mail while quarantining separately.
The Missed
Mickey – Guitar, Vocals | Seb – Bass | Kent – Drum
Little Lions Den
An ongoing TV series starring Little Diesel s play place, a blue-collar disgrace, a freakish hideaway… SUBSCRIBE AND WATCH NOW ON YOUTUBE!
Sale Dates and Times:
Public Onsale : Thu, 28 Jul 2022 at 11:00 AM